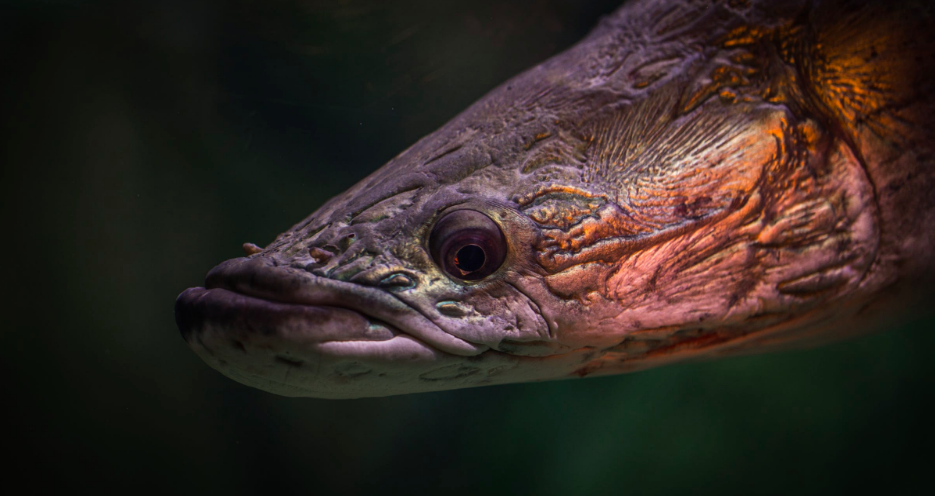 Below are 5 beautiful freshwater fishes that can be found in the United States,

Freshwater catfishes are bottom feeders of streams and lakes. They are mostly eaten by residents of the southeastern parts of the United States where they are consumed as fried catfish. In these parts, they are nicknamed mud cats or chuckleheads. They can grow to weigh up to 370 pounds and they do not have scales on their bodies.

They go for a variety of baits including hotdogs, uncooked chicken or other catfishes too.

The striped bass is also known as Atlantic striped bass and is commonly found on the Atlantic coast of North America. They are commonly found in the U.S.A in states of South Carolina, Rhode Island, and Maryland. They are also popular for sports fishing and striped bass will usually fall for a number of live and fresh baits including clams, eels, bunker, herring, silver spoons, mackerel, and bloodworms. Although striped bass is edible, a lot of anglers choose to catch and release them back into their freshwater environment.

They are another popular breed of freshwater fishes found in the U.S. they get their cutthroat name from the red coloration underneath their lower jaw. They can be found in the states of Colorado, Idaho, Montana, Nevada, and Wyoming. Cutthroat trout are also popular as game fishes, especially by fly anglers. There are 14 sub-species of cutthroat fish found across the western part of US, New Mexico, Alaska and Canada. They can grow to a length of 102cm depending on the species and weigh up to 7kg.

These breed of freshwater fish can be found in shallow or rocky waters in the Northern United States and parts of Canada. They are however not edible but are popular for sports fishing. They are interesting to hunt as they are aggressive and offer stiff resistance when they get hooked on. They are also referred to as muskellunge and can weigh up to 40 pounds.

The largemouth bass is another popular game fish found in freshwater environments across the United States but they are a native to North America. They can be found in states of Tennessee, Georgia, Mississippi, Florida, Indiana, and Alabama. They consume a wide range of baits including insects and shrimp, snakes, snails, crayfish, and frogs.